Bullet vs Dome Cameras: Which are Better? 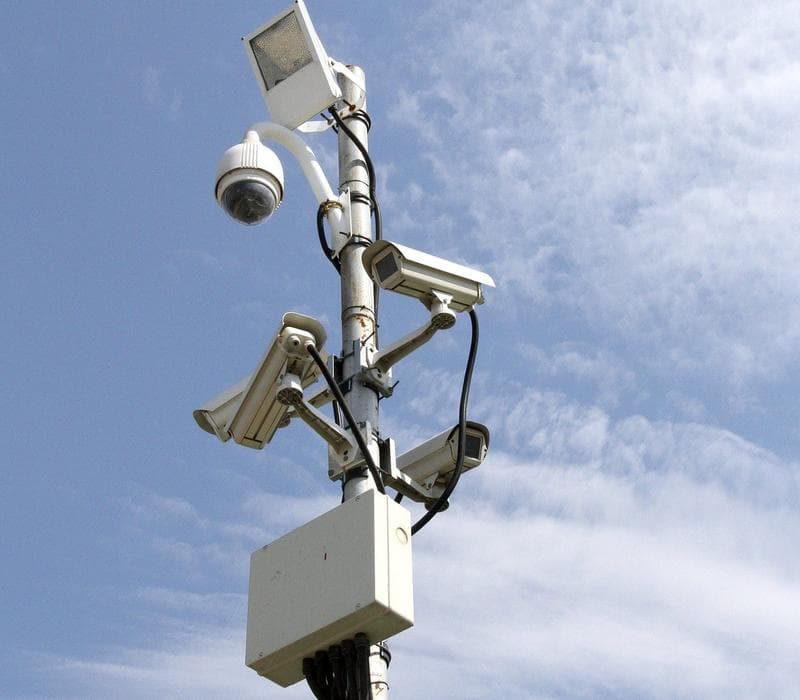 Go to any major store or public place in America and you will begin to notice that two variations of the security camera are used frequently across all businesses and establishments: bullet cameras and dome cameras.

As you park your car and walk towards your local Target, you will likely notice bullet cameras looking down at you like eagles from a high perch on parking lamps and the sides of the building.

If you never look overhead while shopping, you might not even notice the large, dark-eyed dome camera watching you move between the aisles. But once you do, you will recognize them everywhere.

Go to a smaller store, and you might find that instead of dome cameras they are using huge, bullet cameras that seem to stare you down as you approach the register.

What drives the decision to use one type of camera over the other?

When it comes to surveillance and in particular that of the home, bullet vs dome cameras is a topic of great debate. In this article, we will try to understand how the two types of surveillance cameras are different from each other and whether or not one has an advantage over the other.

What Is a Bullet Camera? 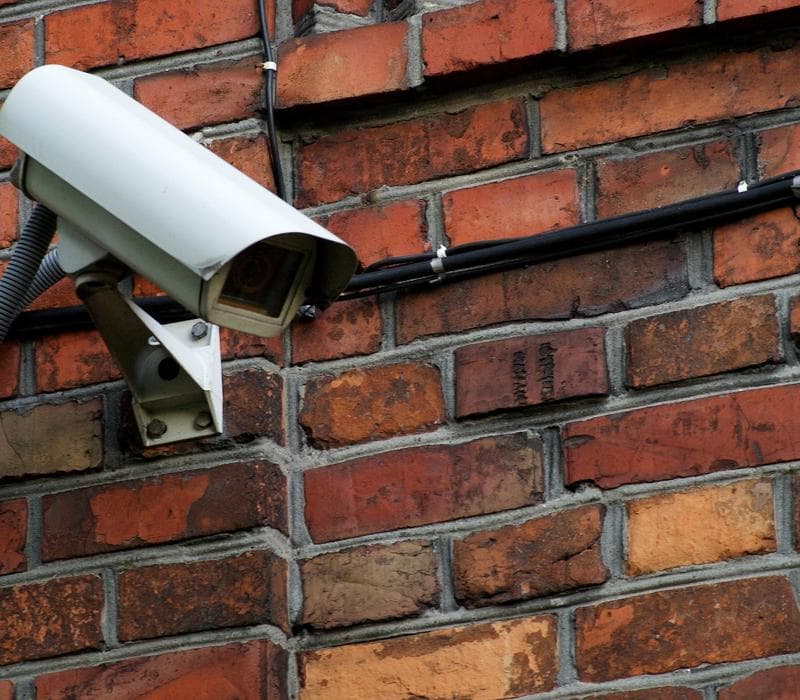 A bullet camera is a surveillance camera that has a cylindrical shape that resembles a bullet. They can range in size from your typical mall camera down to a much smaller version that is only a couple inches long. These smaller versions are called lipstick cameras. Bullet cameras can be mounted virtually anywhere. They are usually fixed to a single focal point but are easily adjustable as they can pivot in many directions. They are the iconic security camera seen in private parking lots and outside of shops and stores.

What Is a Dome Camera? 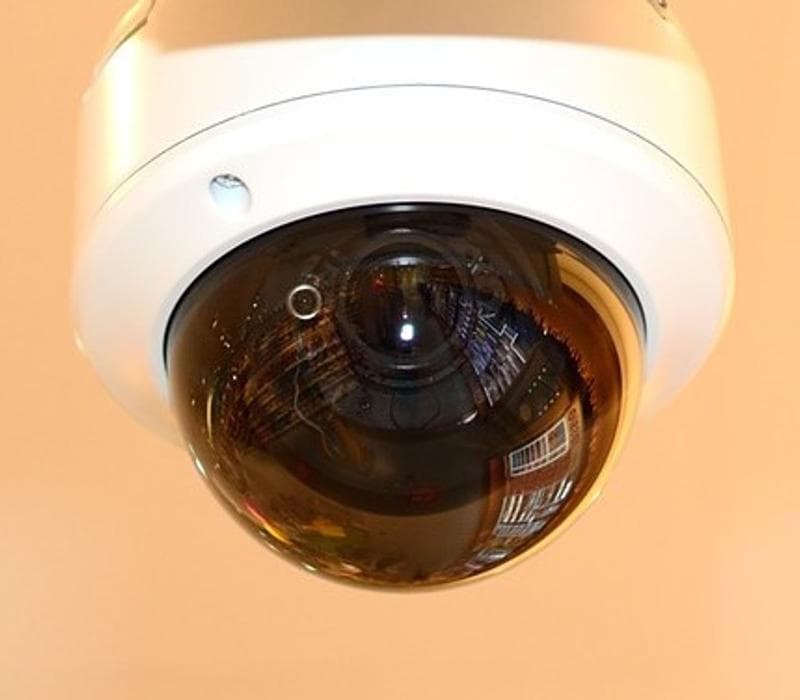 A dome camera is a surveillance camera that is shaped like a dome. Usually, it is mounted indoors and outdoors, on the ceiling, especially under the soffit or the eaves. A dome camera usually has a strong metal base and a poly-carbonate cover that protects it from tampering and vandalism. Under the cover is usually a fixed lens. These are the iconic, surreptitiously placed eyes that watch the aisles, doors, and registers of many large stores and facilities.

What Is the Difference Between Dome and Bullet Cameras?

Both bullet and dome cameras have their uses as security cameras. Both have similar standard features such as infrared night vision, motion detection, remote viewing, and waterproof design.

But despite some similarities, there are differences between the two types of security cameras.

They differ in areas such as optimal mounting location, range, visibility, etc.

Let’s discuss each of these differences and more in detail.

For this reason, you should be sure to check a camera’s specifications before buying. Depending on what area you intend to cover, a wider angle lens may be desired, while optimizing for a tighter angle with exceptionally good resolution will provide longer visible range.

Which of the two is more visible or difficult to hide? This depends on the size of the two cameras. Bullet cameras tend to be more conspicuous as they protrude unnaturally from surfaces to point directly at an area. This makes them a good choice when you want them to second as deterrents against would-be thieves. On the flipside, if someone is determined to get past your surveillance, a bullet camera’s high visibility makes it an easier target to distinguish for destruction. Because of this, you should always try to install your cameras at a spot that is out of reach. Dome cameras are generally not as visible as their counterparts and are usually designed to be low profile.

Both security cameras can be equipped with IR night vision. Security cameras with this feature will have their own IR LEDs, which will turn on at night to light up their surroundings. This light is invisible to the human eye but visible to an IR sensor in the camera.

The range of each individual camera’s night vision will depend on the power of the LEDs that come with the camera and the quality of its sensor; however, the domes on some dome cameras have a tendency to reflect IR light back into the camera lens, resulting in less quality night vision. Be sure to check the reviews of any dome cameras you are looking to buy where night vision is a priority.

Both are fairly easy to install, but bullet cameras are slightly better in this regard. Bullet cameras come with a bracket and mounting arm that is usually attached to the wall. After installation is complete, the camera’s direction can be adjusted to cover a specific area. In the case of a dome security camera, the camera has to be unscrewed from the mounting house, which needs to be fixed to the mounting surface, followed by screwing the camera back in its position. This can be a little more annoying than its counterpart when you consider the fact that you will most likely be installing your dome camera on a ceiling or soffit.

The two camera types are both manually adjustable, and each also has automated PTZ (pan-tilt-zoom) variants on the market. While you will likely be able to get close to 360 degrees rotation from a bullet camera, you can definitely achieve such rotation from a dome camera. However, dome cameras are a little more difficult to re-position and rotate due to their usual ceiling placement and slightly more difficult installation.

Though both bullet and dome cameras are weather resistant and durable, a dome camera with anti-vandal features is stronger to withstand the onslaught of nature from rain and sun to the attack of pests and vandals. Bullet security cameras are also weather protected but they are not so safe against attacks from burglars. They also tend to attract pests such as spiders and nesting birds.

Can I Mount a Dome Camera on the Wall?

A dome camera is usually installed on a high, horizontal surface such as on the ceiling or under soffits; however, there is no reason why they can’t be installed on a wall. In either case, it will have a 360 degree view of its surroundings. Feel free to hang it where it makes the most sense in a room or outside area. Try to find a place where it will both have a great view of the target area as well as be inconspicuous and hard to reach.

In the debate of bullet vs dome cameras, it is not fair to give a verdict in favor of one or the other. We have seen the comparative merits of both and found that both are useful in many different contexts. In a lot of contexts, they even overlap.

Dome cameras are generally better for indoor use or areas where a large angle of coverage is needed. This is due to their low profile, aesthetic design. They are designed to blend in better with their surroundings so as not to stand out like a sore thumb. Their domes also impede easy recognition of where their lense might be looking, which could be anywhere in a large space. Install them on any horizontal or vertical space.

Bullet cameras are going to be more useful for outdoor surveillance where their increased range can be put to use. They are also generally too noticeable for most indoor applications, but this can be a positive if you want your security cameras to double as a deterrent, which is often the case when used on the exterior of a building.

But at the end of the day, making judicious use of both, we can achieve a greater degree of security for our homes and businesses.